Makro Foundation in collaboration with Vikarabad Police organised a program on Stress Management and Suicide Prevention on 26th June 2012. 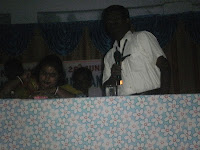 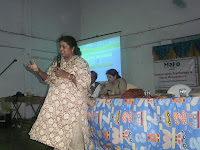 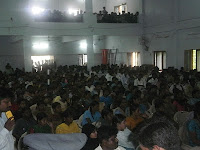 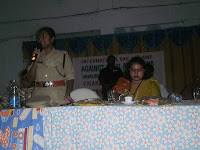 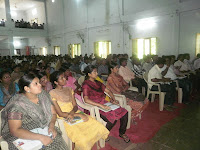 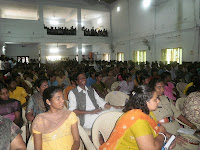 Highlights:
The program started by flagging of Rally by Students on Drug Prevention and Preventing Students from becoming a victim of stress by SP Police Mrs. Rajya Lakshmi IPS.
The rally closed at the Club House where the meeting was organised.
Methodology: Presentation Videos, Suicide Prevention helpline Pamphlets, Posters. 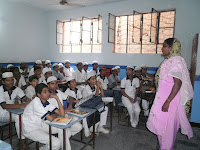 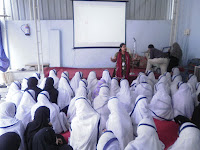 Makro Foundation in collaboration with Police Department organised a session on Suicide Prevention on 12th April 2012... Around 700 people participated in the program..

The session started with an introduction, objective sharing, Orientation about Suicide and its prevention along with videos...The session was taken by Mr. Venkata Subbaiah.
Posted by Makro Foundation at June 11, 2012 No comments:

Rationale: In these mandal the Suicide rate is the highest as everyday cases of Suicide are reported. The reasons being financial,  relationship failure, farmer suicides, love failures, health problems.

Chief Guests on 9 June 2012  program were:
The program highlights were as follows:

a) Inviting Guests at The DIAS by CI, Chevella Mandal
b) Introduction about MaFo and Objective of program -Aparna, Rani -MaFo.
c) Suicide, Its Symptoms, Clues to  people for prevention, steps to be taken -MaFo Rep
d) Causes, Symptomatic features, Prevention Aspect-Dr. Venkata Subbaiah
e) Farmer Suicide- Organisation working on Farmer Suicide
f) Discussion and Questions
g) Address by Guests of Honour..
h) Play by Pallesudulu team on Suicide prevention- mass medium effective in the villages for Social Awareness Program.
The program ended with the vote of thanks by Mr. Surinder reddy-SI, Shabad Mandal and Views by Participants of the Program..