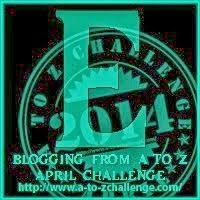 I think there will be rarely any girl/women in India who has not faced Eve teasing in her life at least in the growing up years. I never could understand why Eve teasing is associated with male chauvinism. There is a lot of myth in our society that girls love it when they are taunted  or teased and that is the best way to propose her or Only people who wear certain types of attire  are teased.
Even our entertainment industry has  contributed to this-in all movies/daily soaps we find that the actor teases  the actress then slowly this develops in  love and then leads to marriage.  But in reality this does not happen.

Eve teasing is taunting or making unwanted sexual remarks or advances by a man to a woman in a public place. Eve-teasing to-day has become pernicious, horrid and disgusting practice. The Indian Journal of Criminology and Criminalistics (January-June 1999 Edition) has categorised eve-teasing into five heads viz: (1) Verbal eve-teasing; (2) physical eve-teasing; (3) psychological harassment; (4) Sexual harassment and (5) harassment through some objects.

The different ways of eve teasing are: An offensive watch, a sly whistle, a well-timed clap, an unwarranted knock, a seemingly casual touch, a lasting look at a helpless time, suggestive song with closed lips, slang comments, cheap gestures, the display of an indecent video, passing by in slow moving cars blasting loud music with many eyes….all these are typical examples of eve teasing
Now let us see who are the people who tease are: Mostly come from broken family, deviated from social norms and values, associated with bad peer group, lack in moral and religious education, socially frustrated, failure in relationships, and don’t know formal behavior.

How can we reduce Eve Teasing?
Change in the attitude of Social agents like family, peer groups, educational institutions and mass media. The culture of respecting opposite gender should be imbibed right from childhood at home. The family should start respecting women. Religious and moral education should be ensured;Those who are frustrated/ drug addicted should be corrected under probation centre/ adolescent correction centre; Proper socialization should be ensured; Males should be warned of the consequences of eve teasing.

Legal consequences: Although eve-teasing has not been defined as an offence in any law in India, similar behaviour is punishable under the Indian Penal Code (IPC) and the legal remedy available to the victim is lodging a complaint with the police or magistrate. Section 298 (A) and (B) of Indian Penal Code prescribes upto three months imprisonment for making obscene gestures or remarks to a woman. Section 354 of Indian penal code (IPC):
If a person either physically or mentally offends (outraging the modesty of a girl/lady in the legal parlance) a girl or a lady with the intentions of or knowing well that the self respect of the victims will be offended, apply the physical or the criminal force, then for any such actions, he shall be liable to get a two years jail term, or may be fined or both. This is a bailable crime but be noted there cannot be a compromise after the case is registered.
In the provisions of the IPC, state governments can bring some amendments in it. For example, the Andhra Pradesh government has amended the act extending the period of the jail term to 5-7 years. The crime is nonbailable here which certainly will go a long way to deter the eve teasers.

We are trying to work on this issue by creating awareness amongst youth and children of both genders . If anyone has suggestions as to how to make it impactful please give it to us….. 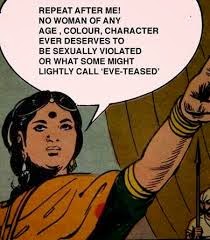 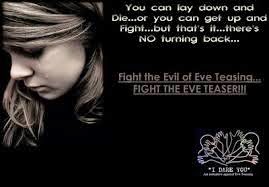